In 1983, Donruss was looking to go beyond just their main baseball card set. 1983 Donruss Hall of Fame Heroes Baseball takes an artistic dive into the game’s past. While both of these angles are fairly commonplace today, it was something different at the time that went in another direction compared to the big three baseball releases as well as the numerous oddball issues that would pop up around the country over the course of the season.

The 1983 Donruss Hall of Fame Heroes Baseball checklist is a small one with just 44 cards. The set features paintings by Dick Perez, who was also busy laying the groundwork for Donruss’ Diamond Kings subset and the Hall of Famer puzzles accompanying their sets in place of gum. In many ways, this set feels like a combination of the two. 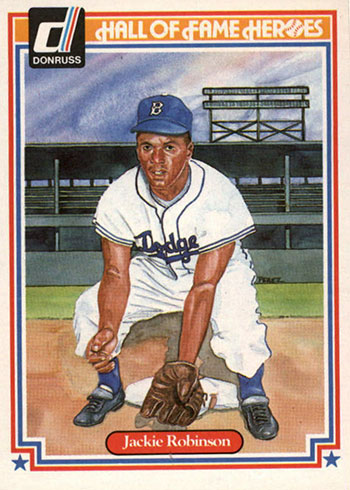 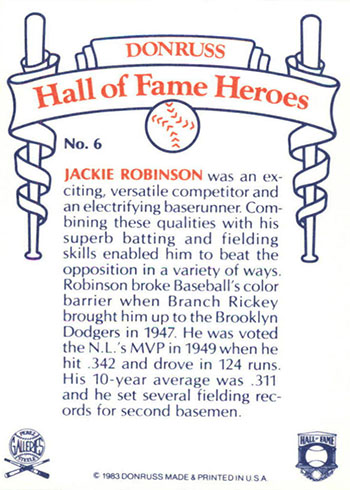 Although it doesn’t cover all of the Cooperstown inductees up to that point, the Hall of Fame focus guarantees lots of the game’s legends. Mickey Mantle, Jackie Robinson, Roberto Clemente and Ted Williams are just a few of the headliners. An interesting inclusion is a card featuring Hall of Fame siblings Lloyd and Paul Waner.

Like Donruss’ other small complimentary 1983 baseball set, Action All-Stars, every pack comes with three pieces of a Mickey Mantle puzzle. A total of 21 cards (63 pieces) are needed to complete it. The puzzle is pictured on card #43 in the HOF Heroes set. The main 1983 Donruss Baseball set has a different puzzle featuring Ty Cobb.

1983 Donruss Hall of Fame Heroes Baseball cards at a glance:

A Melody of Cardboard: A Snapshot of ...