It’s not quite the same bubble gum, but baseball cards and snack cakes have a tasty history together. 1982 Drake’s Baseball highlights some of the game’s best bats in a food issue release that’s affordable still today. 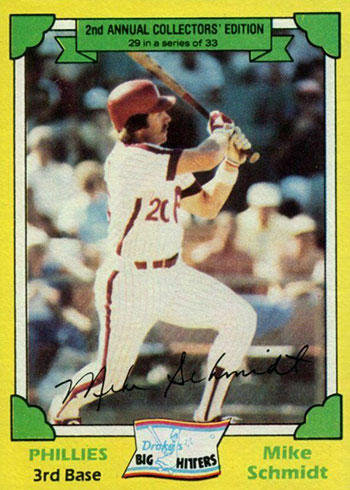 The design gives 1991 Fleer Baseball a run for the brightest yellow borders of all-time. Photos are done to look like they’ve been stuck into an old photo album mount icons on each corner. A thin white inner frame and facsimile signature further add to the photograph aesthetic.

The bottom has the player’s name and team along with a logo of the Drake’s mascot taking some cuts with a bat. It’s here where the full set name, “Drake’s Big Hitters” is. A red ribbon runs along the top with the card number and the proclamation “2nd Annual Collectors’ Edition.” Drake’s baseball cards would continue through 1988. 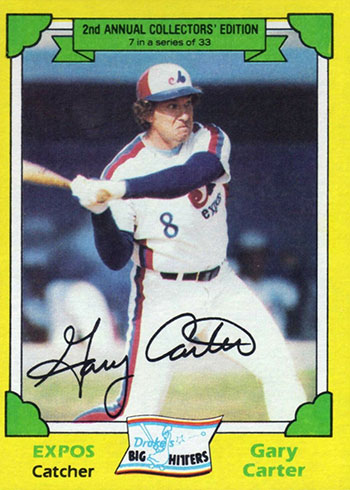 Drake’s might be the name of the set, but there is a Topps connection. They printed the set. And it’s apparent on the card backs, which are pretty much the same as 1982 Topps Baseball. The differences are the different card number and Drake’s copyright info at the bottom. 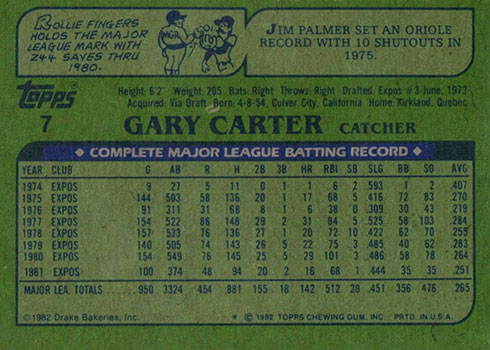 The 1982 Drake’s Baseball checklist has its share of Hall of Famers. George Brett, Mike Schmidt, Carlton Fisk, Reggie Jackson and Gary Carter are among the highlights. There are also several minor stars or local favorites. Like a lot of food-issue releases, instead of value, the appeal is more in the fun and memories of sneaking an extra Devil Dog 20 minutes before bed. 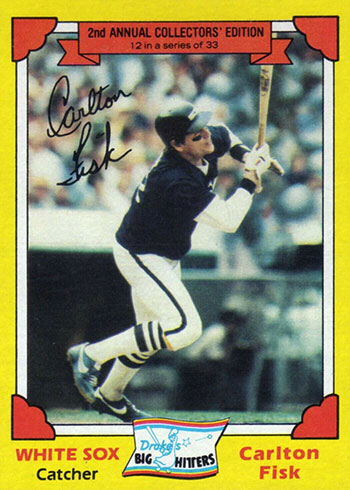 The 24 Most Intriguing Prospects of the ...