1980 Columbus Clippers Police is one of two sets issued that year to focus on the New York Yankees Triple-A affiliate. The checklist features 25 cards with Dave Righetti leading the way. 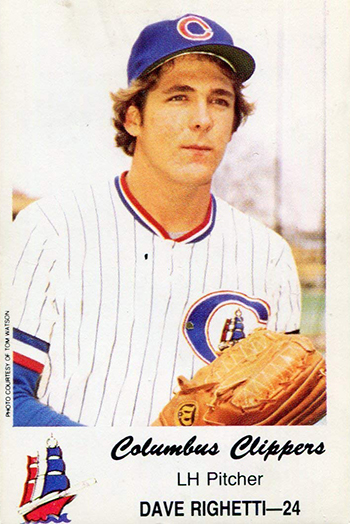 The front design is similar to other Clippers Police sets issued in the early ’80s. That said, the 1980 set has no year on the front. In fact, the year is nowhere on the card.

Backs offer up both a “Clipper Tips” for baseball knowledge and “Crime Tips” to promote good citizenship.

Card numbers are accepted for the 1980 Columbus Clippers Police set. However, they refer to players’ jersey numbers so there’s lots that are skipped. Also, a couple cards for front office staff don’t have numbers of any kind.