History is a big part of what the hobby focuses and thrives on. Look back on today’s cards in 40 years and they’ll be a time capsule to the way things used to be. Sift through a stack of vintage cards now and you’re likely to be taken back to a time when movies were a lot cheaper, televisions were much smaller and the foggy memories of walking to school seem to go uphill both ways. This idea isn’t just in sports cards, though. It carries over into non-sport side as well. 1975 Donruss Truckin’ trading cards are a perfect example of that, showcasing some out-there vehicles from a time when gas about $0.60 a gallon and it wasn’t considered creepy to have curtains in the windows of your van. 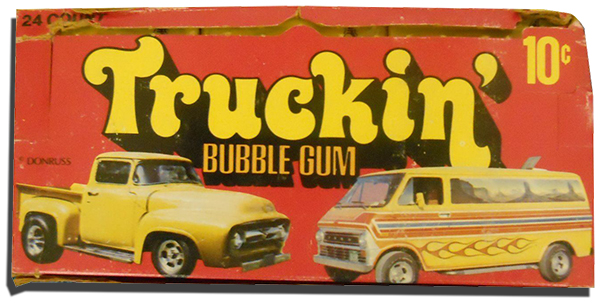 The set has 44 cards that come together like a fancy truck show. Each card showcases a collector’s custom truck or van. Interesting models, out-there paint jobs and plenty of over-sized lowriders come together to fill out the checklist. 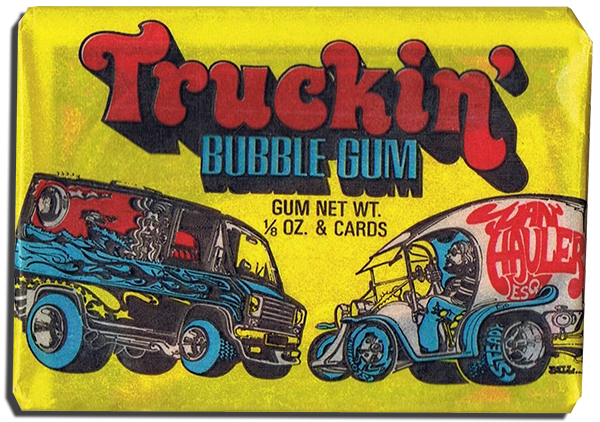 The design is psychedelic, just like the airbrushed panels on many of the vehicles. The center of the card is a glamor shot of the featured vehicle. These alone show the age of the set. Everything is big. A lot of the lines are clunky. And the van is usually connected with families now, something that definitely isn’t the case with these customs. Borders use bright colors and stars in such a way that they could give 1972 Topps Baseball a run for the title of “Most ’70s Looking Trading Card Set.” 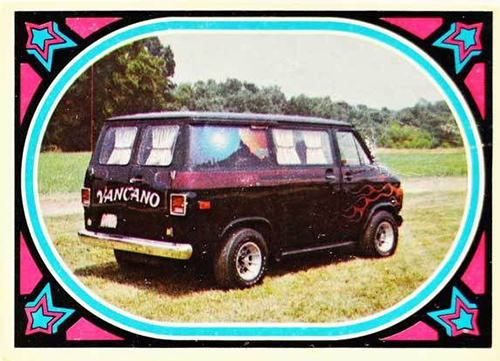 The descriptions fall in line as well. Here’s what the back of this card says:

1975 Donruss Truckin’ trading cards were made in partnership with Truckin’ magazine. At the time, the publication was in its infancy but grew quickly due to the rise in custom trucks and vans. The back of each card not only talk about the featured vehicles, but they also have a subscription offer for the magazine. 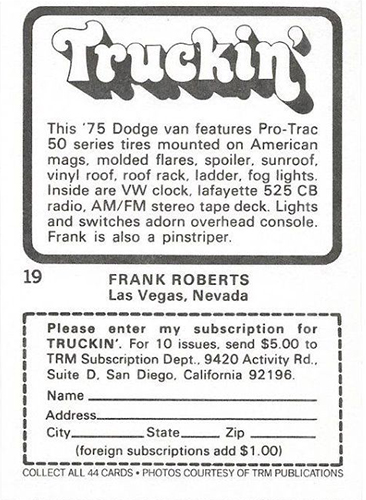 The cards today hold more nostalgic value than monetary. Sets and singles, although not terribly common, can be purchased for reasonable amounts, especially when you consider their age. 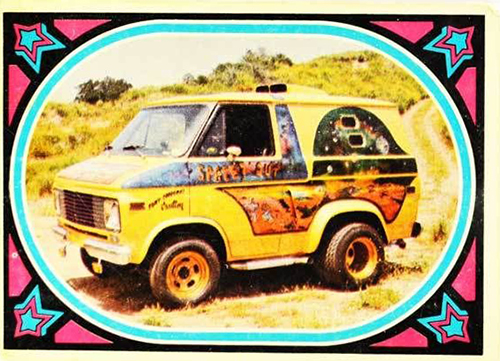