This particular copy of the card is the only Mint PSA 9 copy of the scarce spin on Bobby Orr’s Rookie Card. 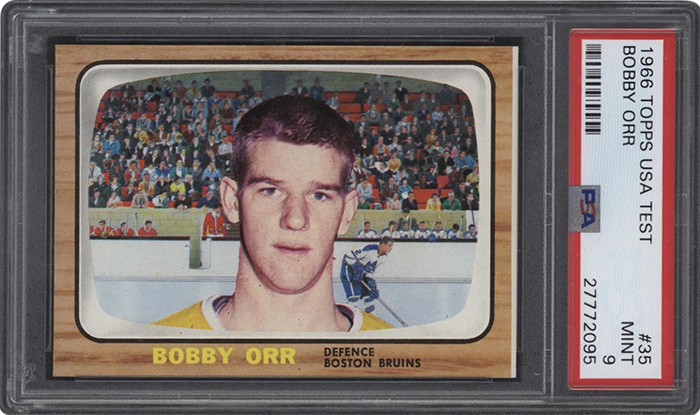 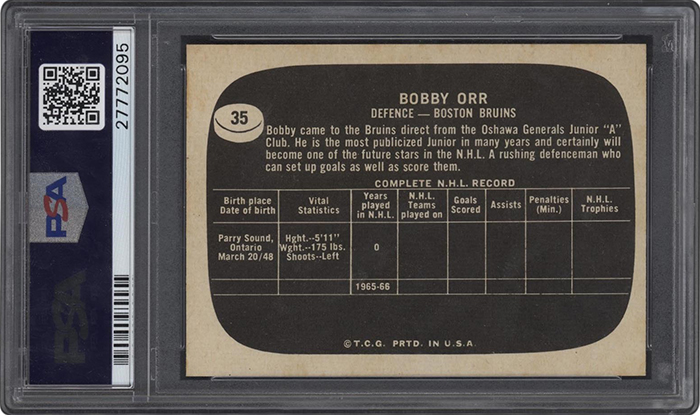 Regular 1966-67 Topps Hockey cards, which were distributed in Canada, have English and French copy.

It’s important to note that a big part of the reason for these prices is because of a couple of factors. The first is that they’re not the more common 1966-67 Topps Bobby Orr Rookie Card. Condition is also a major reason. The PSA 9 copy in particular should be considered the best of the best.

While the Game Was On: Beckett Pricing ...