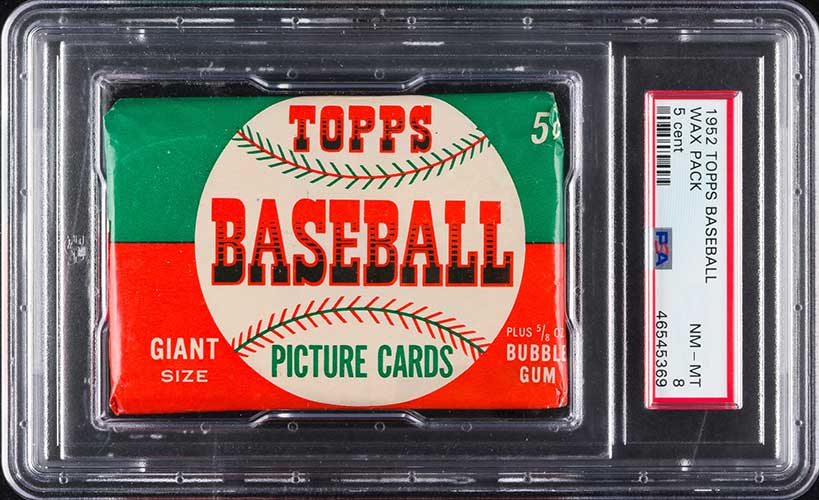 Graded NM-MT PSA 8, it’s one of only two 1952 Topps five-Cent packs with that distinction. None are higher. 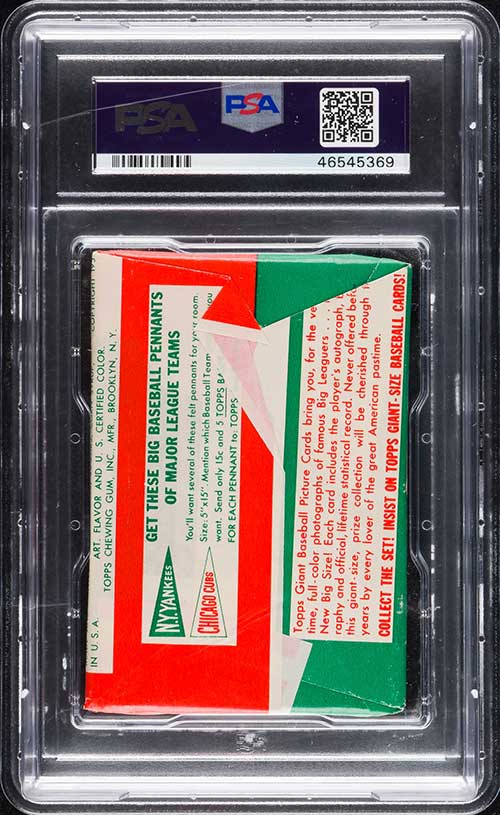 Inside are five cards, although the particular series is not known. Of course, there’s also the gum — 5/8 of an ounce worth.

1952 Topps Baseball marks the first year for the line as a flagship set. Although the company’s first full baseball sets came in 1951, they were marketed more as a game. In 1952, things changed. The cards grew (note the “Giant Size” on the wrapper) and so did the checklist.